IBI ZOBOI is the New York Times Bestselling author of American Street a National Book Award Finalist for Pride a contemporary remix of Jane Austen’s Pride and Prejudice; and MY LIFE AS AN ICE CREAM SANDWICH, her middle-grade debut.

She is also the co-author of the Walter Award and L.A. Times Book Prize-winning Punching The Air with prison reform activist Dr. Yusef Salaam of the Exonerated Five, which was also shortlisted for the U.K.’s Yoto Carnegie Medal. Ibi is the editor of Black Enough: Stories Of Being Young and Black In America. Her debut picture book The People Remember received a Coretta Scott King Book Honor Award. Her most recent books are Star Child: A Biographical Constellation of Octavia Estelle and Okoye To The People: A Black Panther Novel for Marvel.

Her writing have been published in The New York Times Book Review, the Horn Book Magazine, and The Rumpus, among others. As an educator, she was the recipient of several grants from the Brooklyn Arts Council for her community-based programs for teen girls in both Brooklyn and Haiti. She’s worked for arts organizations such as Teachers & Writers Collaborative and Community Word Project as a writer-in-residence and teaching artist in New York City public schools.

Born in Port-au-Prince, Haiti, and raised in New York City, Ibi lives in Maplewood, New Jersey with her husband and their three children.

Acclaimed novelist Ibi Zoboi illuminates the young life of the visionary storyteller Octavia E. Butler in poems and prose. Born into the Space Race, the Red Scare, and the dawning Civil Rights Movement, Butler experienced an American childhood that shaped her into the groundbreaking science-fiction storyteller whose novels continue to challenge and delight readers fifteen years after her death. 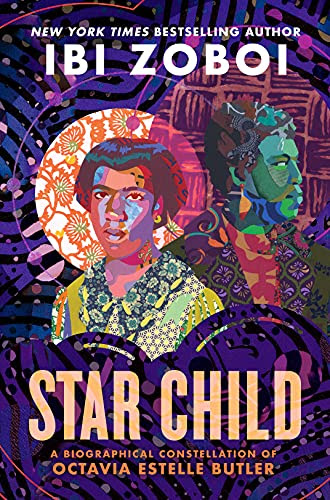