JAMAR NICHOLAS is an award-winning, Philadelphia-based artist and educator, dedicating his career to helping young people realize the power of visual narrative. He aims to bring awareness to anti-bullying, healing, and positive images of people of color with the idea that everyone can be a hero. His work includes the adaptation of Geoffrey Canada’s powerful memoir, Fist Stick Knife Gun. Jamar is also a writer and columnist for DRAW! Magazine and a cohost of the Pencil To Pencil Podcast with industry legends Mike Manley and Bret Blevins.

Leon is an ordinary kid who becomes extraordinary when he fights a supervillain to save his school!
In the city where Leon lives, superheroes — and supervillains — are commonplace. So how does an ordinary kid like Leon, who has no superpowers himself, become the superhero he wants to be? When all his classmates suddenly become obsessed with a new phone app that turns them into zombies, Leon gets his chance to prove that using his brain and following his heart can save the day.

Equal parts New Kid and The Incredibles, the first graphic novel in this action-packed, heartfelt, and joyously funny series by Jamar Nicholas reminds readers that when it comes to being a hero, you just need to believe in yourself. 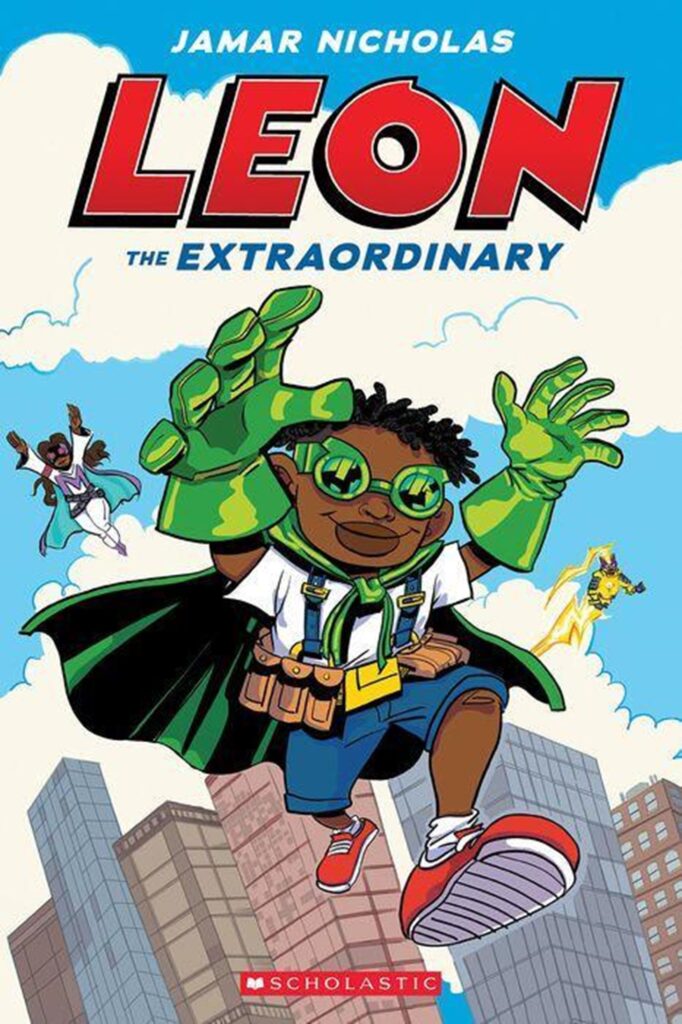