KELLY STARLING LYONS began her journey to become a children’s book author in her hometown of Pittsburgh. She learned the art of storytelling from her mom who took her to productions at a children’s theater, wrote plays and made up bedtime tales. Her grandparents, who showed their imagination through cooking and gardening, taught her to honor the magic of history and home. Surrounded by creativity, Lyons began to write.
As a children’s book author and teaching artist, her mission is to center Black heroes , celebrate family, friendship and heritage in her stories. Many of her books have won accolades including a Caldecott Honor for Going Down Home with Daddy, illustrated by Daniel Minter; Christopher Award for Tiara’s Hat Parade, illustrated by Nicole Tadgell; a Geisel Honor for Ty’s Travels: Zip, Zoom, illustrated by Nina Mata and Junior Library Guild selection for Dream Builder: The Story of Architect Philip Freelon, illustrated by Laura Freeman. Her latest picture book, My Hands Tell a Story was illustrated by Tonya Engel.
Kelly also writes for chapter book readers. Her Jada Jones series has earned praise for celebrating an African-American girl and the Miles Lewis spin-off series.

Inspired by the #1 New York Times bestseller She Persisted by Chelsea Clinton and Alexandra Boiger, a chapter book series about women who spoke up and rose up against the odds—including Dorothy Height!

Growing up as a Black girl in the 1920s and 1930s, Dorothy Height was denied access to a local swimming pool as well as admission to Barnard College because of her race. But she persisted in pushing for change, and became a seminal figure in both the civil rights and women’s rights movements. She went on to be awarded the prestigious Presidential Medal of Freedom.

In this chapter book biography by award-winning author Kelly Starling Lyons, listeners learn about the amazing life of Dorothy Height—and how she persisted.

Complete with an introduction from Chelsea Clinton and a list of ways that listeners can follow in Dorothy Height’s footsteps and make a difference!

And don’t miss out on the rest of the books in the She Persisted series, featuring so many more women who persisted, including Harriet Tubman, Marian Anderson, Oprah Winfrey, Ruby Bridges, and more! 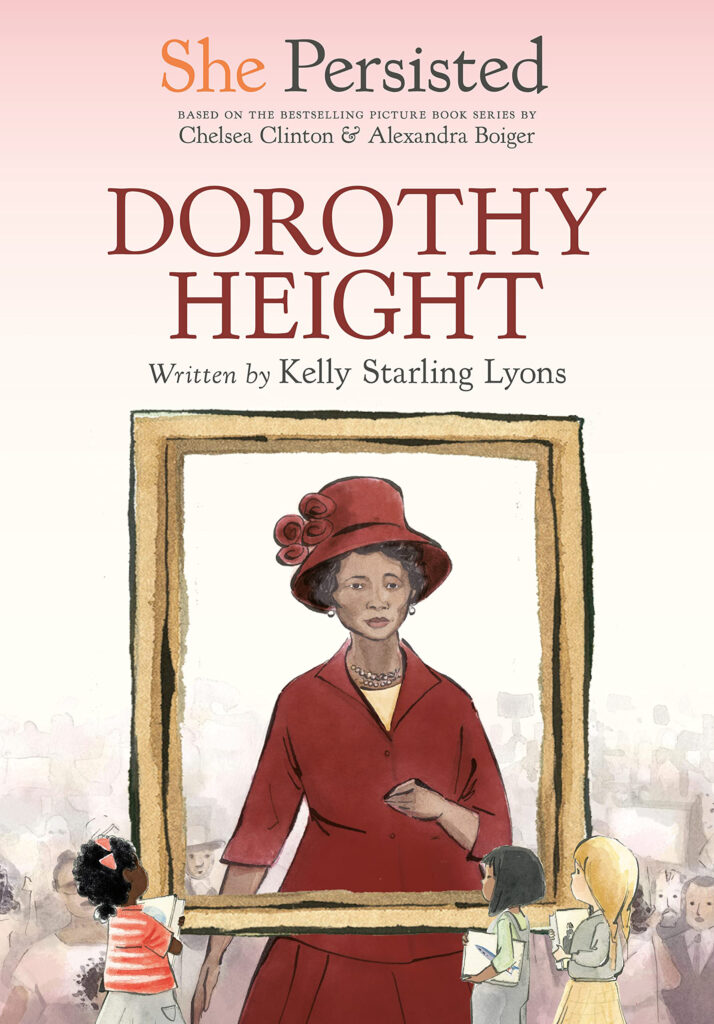