(sheliapmoses) is an African American writer, director, producer, poet and playwright. Her subjects include comedian Dick Gregory, Dred Scott and the Legend of Buddy Bush. In 2004, she was nominated for the National Book Award and named the Coretta Scott King Honoree for The Legend of Buddy Bush. In 2009, her novel Joseph’s Grace was nominated for the NAACP Image Award. Her most recent books include, We Were The Fire: Birmingham, 1963, Who Is Stacey Abrams? and Who Is Ketanji Brown Jackon?

The powerful story of an eleven-year-old Black boy determined to stand up for his rights, who’s pulled into the action of the 1963 civil rights demonstrations in Birmingham, Alabama.

Rufus Jackson Jones is from Birmingham, the place Dr. Martin Luther King Jr. called the most segregated place in the country. A place that in 1963 is full of civil rights activists including Dr. King. The adults are trying to get more attention to their cause–to show that separate is not equal. Rufus’s dad works at the local steel factory, and his mom is a cook at the mill. If they participate in marches, their bosses will fire them. So that’s where the kids decide they will come in. Nobody can fire them. So on a bright May morning in 1963, Rufus and his buddies join thousands of other students to peacefully protest in a local park. There they are met with policemen and firemen who turn their powerful hoses on them, and that’s where Rufus realizes that they are the fire. And they will not be put out. Shelia Moses gives readers a deeply personal account of one boy’s heroism during what came to be known as the Children’s Crusade in this important novel that highlights a key turning point in the civil rights movement. 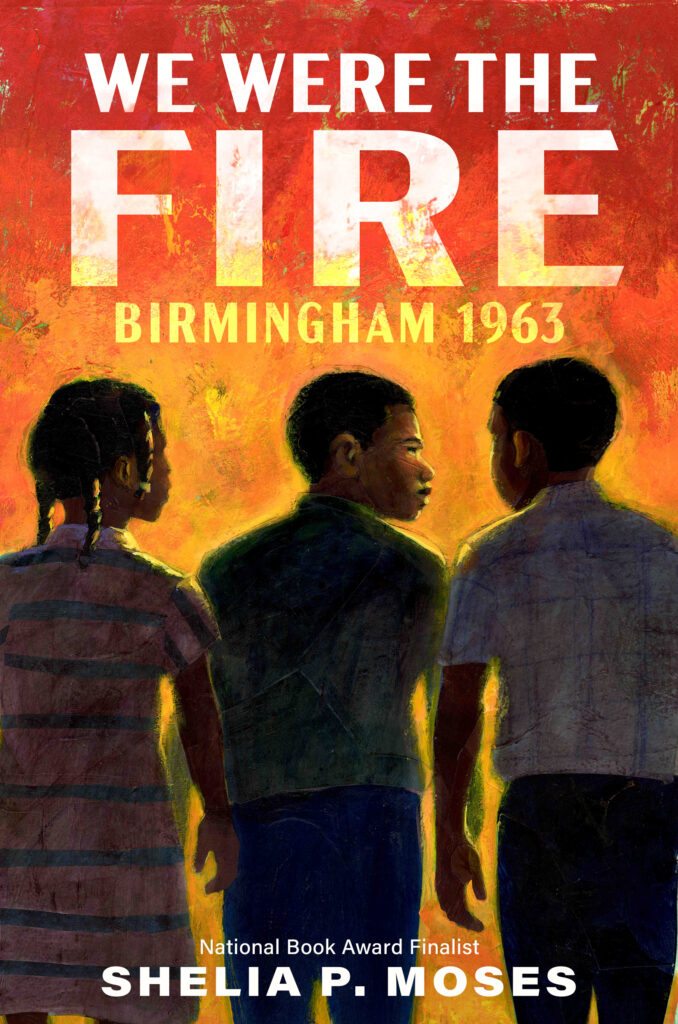