TAMEKA FRYER BROWN is a picture book author who writes to sow seeds of self-love, pride, connectivity, and inclusion in the hearts of children. Her books have won awards like the Charlotte Zolotow Honor Award and the Anna Dewdney Read Together Award, and have been honored on best book lists by NPR, Parents Latina Magazine, the Cooperative Children’s Book Center, New York Public Library, Bank Street College, The Little Free Library, and more. Tameka’s picture books include Brown Baby Lullaby, Twelve Dinging Doorbells, Not Done Yet: Shirley Chisholm’s Fight for Change, and the soon-to-be-released That Flag.
Tameka is a member of KidLit in Color, The Brown Bookshelf, WINC, and Black Creators HQ.

NOT DONE YET: SHIRLEY CHISHOLM’S FIGHT FOR CHANGE

Shirley Chisholm was a natural-born fighter. She didn’t like to be bossed and she wanted things to be fair.

Brooklyn-born Shirley Chisholm was smart and ambitious. She poured her energy into whatever she did―from teaching young children to becoming Brooklyn’s first Black assemblywoman. Not afraid to blaze a trail, she became the first Black woman elected to Congress and the first woman to seriously run for US president. With a vision of liberty and justice for all, she worked for equal rights, for the environment, for children, and for health care. Even now, her legacy lives on and inspires others to continue her work . . . which is not done yet. 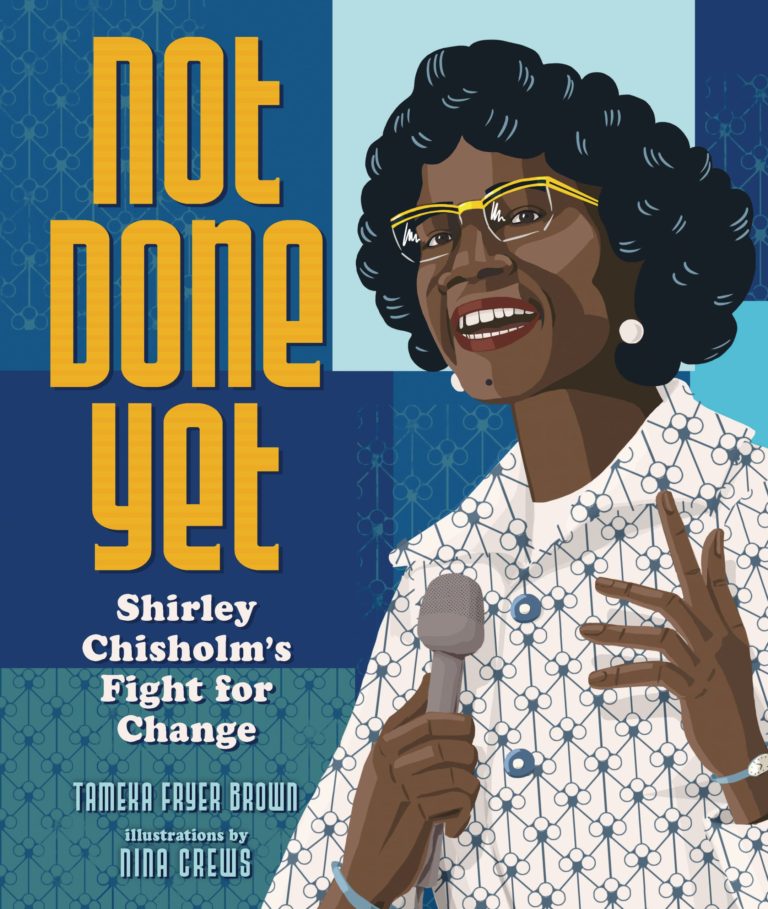 NOT DONE YET: SHIRLEY CHISHOLM’S FIGHT FOR CHANGE