TORREY MALDONADO was born and raised in Brooklyn’s Red Hook projects. He has taught in New York City public schools for over 25 years and his fast-paced, compelling stories are inspired by his and his students’ experiences. His popular young readers novels include What Lane?, which won many starred reviews and was cited by Oprah Daily and the NY Times for being essential to discuss racism and allyship. Tight won the Christopher Award and was an ALA Notable Book, NPR and Washington Post Best Book of the Year. His first novel, Secret Saturdays, has stayed in print for over ten years. His newest book, Hand is a Junior Library Guild Gold Standard Selection. Learn more at torreymaldonado.com or connect on social media @torreymaldonado.

“Gorgeous and gripping, Hands is a poetic page-turner. You might just finish it in one sitting. Torrey Maldonado understands the kids he writes for at the deepest level.”—Adam Gidwitz, Newbery Honor-winning author of The Inquisitor’s Tale

The author of What Lane? and Tight delivers a fast-paced listen that packs a punch about a boy figuring out how to best use his hands—to build or to knock down.

Trev would do anything to protect his mom and sisters, especially from his stepdad. But his stepdad’s return stresses Trev—because when he left, he threatened Trev’s mom. Rather than live scared, Trev takes matters into his own hands, literally. He starts learning to box to handle his stepdad. But everyone isn’t a fan of his plan, because Trev’s a talented artist, and his hands could actually help him build a better future. And they’re letting him know. But their advice for some distant future feels useless in his reality right now. Ultimately, Trev knows his future is in his hands, and his hands are his own, and he has to choose how to use them. 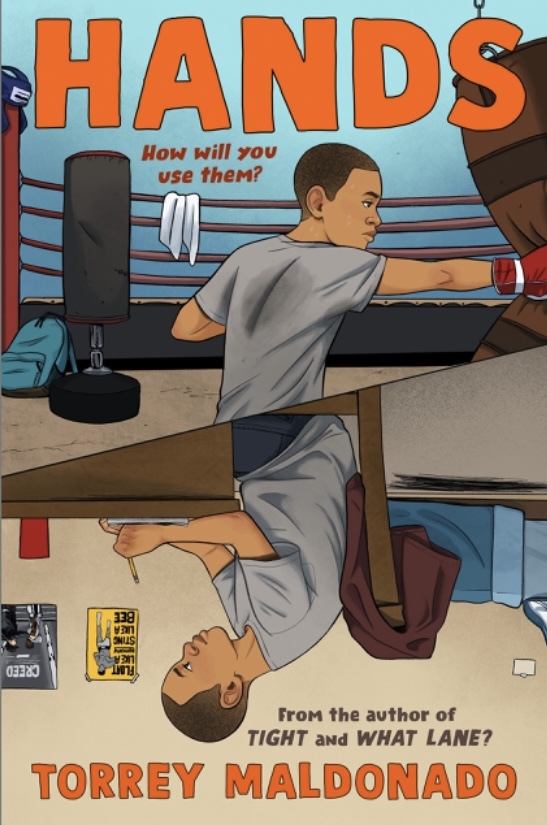